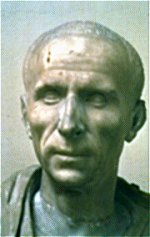 After the overthrow of the Tarquin monarchy by Junius Brutus in 509 BC, Rome did not revert back to a monarchy for the rest of its history. The era of the great expansion of Roman power and civilization is the era of the Roman Republic, in which Rome is ruled by its Senate and its assembly, which were institutions formed at the beginning of the monarchy.

Rome's revolt against her Etruscan despots made her the champion of Latinism against both Etruscans and Sabellian or Oscan hillmen, of whom the most prominent were at this time Aeqians on the north and Volscians on the southeast of the plain of Latium, where the Latin cities were Rome's natural but jealous allies. Consequently Rome was always at war, attacked or attacking her Etruscan neighbour Veii, or the Volscians or Aequians, or an occasional Latin foe. Meanwhile the Hernicans, who were alike the Latins wedged between the Aequians and the Volscians, preferred alliance to Rome.

Though the history of the Republic is a history of continuous warfare; all of the historical stories which the Romans will use as stories of Roman virtue and values date from this tumultuous period of defense and invasion.