Your moderators at Kemet are Pachet Ahhotep, and Birket.

The Featured Member for Kemet for First Quarter, 2006 is Birket 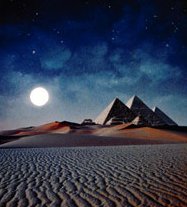 During Seti I's reign, Egyptian art and culture reached a development and sophistication that was hardly equalled in later centuries. Like Amenhotep III, Seti I initiated the construction of huge building projects. His son, Ramesses II, continued in his father's steps building awesome structures while also securing Egypt's borders. During one such battle to secure the northern border, Ramesses famous battle at Qadash was the first battle to yield the first written peace treaty in all history, with the Hittites.

In this group you will find historical discussion on the royal families of these dynasties, the religion of the era and everyday life, among other topics. You are more than welcome to join us in our discussion of this magnificent age of Egyptian culture.